A picture is worth millions words and tears... 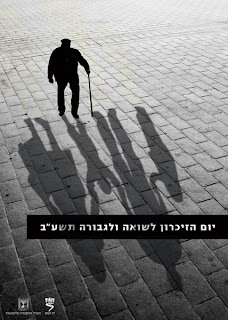 More posters at Yad Vashem.
Posted by shira at 12:24 PM No comments:

ALEC: Their Corporate Sponsors are Abandoning Them

.... what about Mississippi state legislatures? Cottonmouth has a list.

The following are from the Coast:

What is ALEC? The American Legislative Exchange Council is responsible for the reprehensible flurry of legislation going on the states for the notorious "stand your ground" laws. They are also responsible for the slew of anti-immigration laws. Fortunately, Mississippi legislatures had more wisdom than their counter parts in Alabama and did not enact a similar law.

ALEC Exposed shows some of the very corporate friendly legislation that will curtail your rights as a consumer and as an employee. They also support suppression of voter's rights. Voter ID anyone?

The Gates Foundation was the latest financial supporter of ALEC to back away.

The foundation said it would not award another grant to the American Legislative Exchange Council (ALEC) in the face of criticism of the council's involvement in voting laws and in "stand your ground" gun laws such as one under scrutiny in the Trayvon Martin shooting in Florida.

"At this point, we've decided that it's not the right environment to continue working with them," Gates Foundation spokesman Chris Williams told Reuters on Tuesday.

The "stand your ground" laws are onerous and deserve the attention they are getting now. Hopefully, the voter ID laws will receive the same scrutiny and the legislatures who are members of ALEC deserve our scrutiny as well.
Posted by shira at 11:51 AM No comments: