It's Us Pesky Jews Again!!

I've never been a big fan of Glenn Beck. His hate-filled rhetoric is reminiscent of people such as Father Coughlin and the ramblings of Senator Joseph McCarthy

Now, Beck is claiming that it is the Anti-Defamation League is at fault for the rise in anti-Semitism. 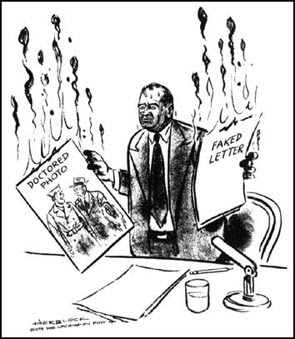 Just as Father Couglin spread lies and half-truths in the 1930's and Senator Mccarthy did in the 1950"s, so too is Fox News when it allows people like Glenn Beck to have air time.

Would you consider this to be Stalinist, Maoist, or Nazism?
Posted by shira at 1:55 PM No comments:

For the past several months, I've been reluctant to click on some of the blogs I used to read on a daily basis. When Bush was president, many claimed there was a Bush derangement syndrome among centrists and leftists. This pales in comparison to the moronic derangement of some bloggers and a lot of others out there who seem to think that Obama is a Marxist, Socialist, Communist, and Fascist.

It's been quite a few months since I've clicked on Likelihood of Success. I'm glad that he sees the rampant stupidity as well.

A few months ago, I dared to click on Little Green Footballs site. I'm glad to see he isn't suffering from derangement either.

I've watched this video of Jon Stewart several times. I agree with him. This country is bigger than one president. It will be able to overcome and set right all the legislation passed by President Reagan and President Bush that infringes on our 4th, 5th, 6th, 7th, and 8th Amendments. I too believe this country is big enough to handle health care for all.

Some Truths Are Self-Evident

The Onion does it again in it's Area Man Passionate Defender of What He Imagines Constitution to Be.

"Our very way of life is under siege," said Mortensen, whose understanding of the Constitution derives not from a close reading of the document but from talk-show pundits, books by television personalities, and the limitless expanse of his own colorful imagination. "It's time for true Americans to stand up and protect the values that make us who we are."

According to Mortensen—an otherwise mild-mannered husband, father, and small-business owner—the most serious threat to his fanciful version of the 222-year-old Constitution is the attempt by far-left "traitors" to strip it of its religious foundation.

"Right there in the preamble, the authors make their priorities clear: 'one nation under God,'" said Mortensen, attributing to the Constitution a line from the Pledge of Allegiance, which itself did not include any reference to a deity until 1954. "Well, there's a reason they put that right at the top."

"Men like Madison and Jefferson were moved by the ideals of Christianity, and wanted the United States to reflect those values as a Christian nation," continued Mortensen, referring to the "Father of the Constitution," James Madison, considered by many historians to be an atheist, and Thomas Jefferson, an Enlightenment-era thinker who rejected the divinity of Christ and was in France at the time the document was written. "The words on the page speak for themselves."

According to sources who have read the nation's charter, the U.S. Constitution and its 27 amendments do not contain the word "God" or "Christ."

Mortensen said his admiration for the loose assemblage of vague half-notions he calls the Constitution has only grown over time. He believes that each detail he has pulled from thin air—from prohibitions on sodomy and flag-burning, to mandatory crackdowns on immigrants, to the right of citizens not to have their hard-earned income confiscated in the form of taxes—has contributed to making it the best framework for governance "since the Ten Commandments."

As postscript about the Pledge of Allegiance: It was written by a socialist preacher in 1892.
Posted by shira at 2:55 PM No comments:

This family was lucky. They could afford to pay close to a million dollars to prove their innocence.

Why would police produce false reports when they know the entire incident was recorded? "I really don't know," Nick says. "I guess they figured they're cops, so what the hell is going to happen to them? And you know what? They're right. They've gotten away with it."

What happens to those who can't afford a good defense? Shouldn't police officers, prosecutors, and judges who manufacture evidence, cover-up evidence be prosecuted or punished in some way?
Posted by shira at 11:25 AM 2 comments:

Are Muslims the Problem?

I don't think so. Dov Bear has an astute post.

Pat Robertson claims Islam is not a relgion but a political and violent system.

Should we declare that all Christians are violent and extremist because some advocate and commit murder against abortion doctors?

Newscaster Bill O'Reilly states, "We can't kill all the Muslims". This is very dangerous and very close to advocating genocide.

What religion did/do Timothy McVeigh, the Atlanta bomber and abortion doctor murderers and abortion clinic bombers belong to? These people are also terrorists.

November 9 was the 71st anniversary of Kristallnacht. The Germans rationalized and approved of the 91 murders of Jews, the destruction of 200 synagoges, the destruction of Jewish businesses. And all because one teenager angered over the deportation of his parents to Poland murdered a German official.
Posted by shira at 10:19 AM No comments:

A 35-mile rift in the desert of Ethiopia will likely become a new ocean eventually, researchers now confirm.
The crack, 20 feet wide in spots, opened in 2005 and some geologists believed then that it would spawn a new ocean. But that view was controversial, and the rift had not been well studied.
A new study involving an international team of scientists and reported in the journal Geophysical Research Letters finds the processes creating the rift are nearly identical to what goes on at the bottom of oceans, further indication a sea is in the region's future.

Further down in the article it states that the same rift is parting the Red Sea. Fascinating!
Posted by shira at 11:34 AM 2 comments: